Measles: One of the most contagious diseases in the world.

Measles: One of the most contagious diseases in the world.
April 2, 2019 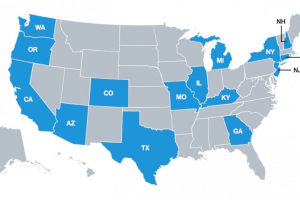 Prior to the development of a measles vaccine in 1963, the CDC reported an average of 500,000 cases of measles and up to 500 deaths a year in the US, mostly in children. Measles was eventually declared eliminated from the US in 2000 as a result of a highly effective vaccination program.

2019 is already on track to be a record year for measles. According to the CDC, from January 1 to March 28, 2019, 387 individual cases of measles have been confirmed in 15 states. This is the second-greatest number of cases reported in the U.S. since 2000. Only 2014 had more reported cases of measles, with 667 for the whole year.

So, why do we keep hearing about outbreaks of measles?  Measles is considered one of the most contagious diseases in the world. A single infected person can spread the disease to as many as 18 others just by being in close proximity. Also, measles virus can live for up to two hours in an airspace where the infected person coughed or sneezed. Disease outbreaks occur in a population when the percentage of people vaccinated drops below a critical level and the population starts to lose its “herd immunity”.

Where does measles come from?  Most cases of measles in the US occur in unvaccinated travelers who return from countries overseas where the incidence of measles is much higher; often a result of lower local vaccination rates. For instance, in the Philippines, more than 2,100 cases of measles per week are being reported throughout the country. Dozens of other countries around the world are currently experiencing measles outbreaks, including Ukraine, Vietnam, Israel, Japan, Madagascar and the UK.

Why is measles dangerous?  More than just a fever and a rash, a measles infection can lead to life threatening complications, such as pneumonia. The most vulnerable are children younger than 5 years of age and adults older than 20 years of age. One out of four people with measles will be hospitalized, and about 1 out of a 1000 infections results in dangerous brain inflammation or death.

How can I protect against getting measles?  Make sure you have had the MMR vaccine, which provides safe and effective protection against measles as well as mumps and rubella.  A total of two MMR shots, given at least a month apart, offers lifetime protection against these potentially serious diseases. Being vaccinated also prevents you from infecting other more vulnerable individuals such as pregnant mothers or infants too young to get the vaccine. The MMR vaccine is part of the routine childhood immunization schedule in the US, usually given around 12 months and 5 years of age. Anyone born in the US before 1957 is considered to already have acquired immunity to the measles, because of the prevalence of the disease at that time.

Especially if you plan to travel overseas, protect yourself and your community by being adequately immunized with both your routine and travel vaccines. You wouldn’t want to be “that guy” on the evening news or “patient zero” to the state health department.