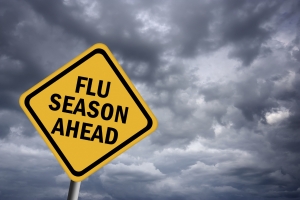 Forget the excuses and get your flu shot, even if you're not traveling.

The CDC recommends that everyone over the age of 6 months receive a seasonal influenza vaccine (known as the flu shot), and it is likely your doctor has also suggested that you get one.

My job is to educate my patients about travel vaccines and I’m always amazed that so many of them are still resistant to getting a flu shot; one of our most common and safest vaccines. If you read my most recent blog, you know how harmful and potentially deadly the flu can be. Here are the top 4 reasons that I hear from people why they avoid the flu shot. And here are some facts to help you make a more informed decision about protecting your health:

Flu vaccines administered with a needle are made either with flu viruses that have been “inactivated” (and are therefore not infectious), or with no flu virus at all (known as recombinant influenza vaccine).1

The most common side effects from the influenza shot are soreness, redness, tenderness or swelling at the site of injection. Low-grade fever, headache and muscle aches also may occur. These side effects may be mistaken for symptoms of the flu but they are far less serious than the actual disease (that the vaccine prevents) and seldom last more than a day or two.

Flu season is also cough and cold season. Many other respiratory illnesses are circulating at the time that people get their flu shot and can be mistaken for “the flu”.

The flu vaccine is effective in preventing influenza …Most of the time.

Every year, scientists formulate a new flu vaccine based on circulating influenza strains and their best predictions for the upcoming flu season. However, the influenza virus is very good at adapting and some years the flu vaccine is less effective.

Even partial protection from a flu shot is better than none at all, and if you still happen to get the flu, the resulting illness is likely to be much less severe or life threatening. Repeated studies show that flu shots reduce the chances of serious complications or hospitalization for those at highest risk, including young children, women in pregnancy, the elderly or people with chronic health conditions.1

The good news is that so far, this year’s flu vaccine (2015 -2016) is predicted to be very effective; with components similar to those of the world’s circulating strains of influenza.

It takes your body about 2 weeks to build up immunity after getting the vaccine, during which time you are not fully protected and could still get the flu. You could also be unlucky enough to catch a less common strain not covered by the flu vaccine.

If you had a flu shot last season, you may still have partial immunity to similar flu virus strains, but this will fade over time. Your immune response may last up to a year or more, but could diminish sooner depending on your age or overall health. The virus strains and the vaccines change every season; which is why everyone should get a flu shot every year.

And for those of you who made it the end of the blog:   Word has it that swine flu has replaced the fears about bird flu  ...I guess bird flu just never took off.